You are here: Home / Health and well being / My fitness and health transformation

For those of you who have read my ‘Health and Well-being’ articles before, you may be aware of some of my dieting struggles. This post is very well detailed; I have never shared this story fully before and if you manage to read to the end, I hope it resonates in some way with you.

My teenage years were a blur of deep insecurity and food starvation. There was something self-satisfying about being able to hold off eating – for long periods. I remember being 12 and stepping on the scales; comparing weight with two of my friends. I weighed the most and they said, “Laura’s the heaviest”.

That was a pivotal moment. My friends were far more skinnier than me (I was 8.5 stone and they were about 7) and in the wave of gossip magazines like ‘Heat’, I endlessly read about how much celebrities weighed and what diets they were on.

Around 4-5pm, I would eat my first meal of the day. My stomach – at this point beyond hungry, could happily munch away for hours. After school became a sort of bingeing session. Toast, croissants, crisps, chocolate, biscuits etc, alongside the meal that my mum would prepare in the fridge, because she worked late.

Heading more towards college, I became fascinated with specific diets. Juicing became a trend, as did calorie counting. I needed to know the exact amount of calories that I was consuming; apps helped to make this obsession a reality. (Not blaming apps for my behavior).

I would measure my milk and cereal in the morning, to match the 30g serving example displayed on the box. After a while, I decided that milk was too fattening and switched to water. I also cut what I would class as ‘unnecessary items’. Things like butter and honey were eliminated. I told myself that I had created my own diet.

The fact is, I didn’t ‘look’ like someone that had problems. Some might have called me skinny, yet others would have classed me ‘normal’. Ten years ago, fitness was not as envied as the idea of simply being thin. I think everyone had a warped mentality – size 0 being almost normalised.

During my time in college, I gained two stone. My upper body continued to be practically non existent, however my lower half extended to stretch. In my mind, my hips were as wide as my house.

I kept my prom dress for many years and one day took the opportunity, to try this made-to-measure gown. Go figure – it fit perfectly – minus the stomach area. I became obsessed with losing weight – revisiting a body that could slide back into that royal blue.

After doing daily checks on the scales, I switched to a measuring tape. Continually, I breathed in and held my breathe. I would create comparisons with Hollywood stars – even if I was taller.

Eventually – years later and not happy, I moved into the movement of actual health. I had significant reasons for doing so. The first: my plaguing acne – a cruelty that doctors could not solve. The second: my scoliosis – six surgeries later and I was recommended to do fitness.

Of course – being me, I managed to make the term healthy, spiral into a poor decline. Fitness was an addiction. Hours a day, from the morning, after work and even before bed, I needed to exercise.

When seeing a dermatologist, I was told to cut specific food groups. This lady told me to no longer eat: wheat, gluten and dairy, to track whether I was intolerant. The trend of – I can’t eat this – spreaded across the supermarkets; variety was anything short of a bundle. I could eat practically everything – in some form of free-from range.

Miraculously, my acne started to go. I never foresaw the day – even writing this, I gasp at the concept. Although, I didn’t have any other benefits, watching my spots leave my skin was a 12 year victory.

My holiday to Miami was coming up; for the first time in years, a bikini would be draped on my body.  With a few weeks to go, I had THEE most healthiest lifestyle that I ever could. Nothing bad passed my lips and in the holiday snaps, I was determined to be in shape.

When the sun, sea and sand came to an end, I had nothing left to work for. It all felt a little bit – pointless. Then the weight re-greeted me and the feelings of being sluggish, tired and unsatisfied came streaming back. 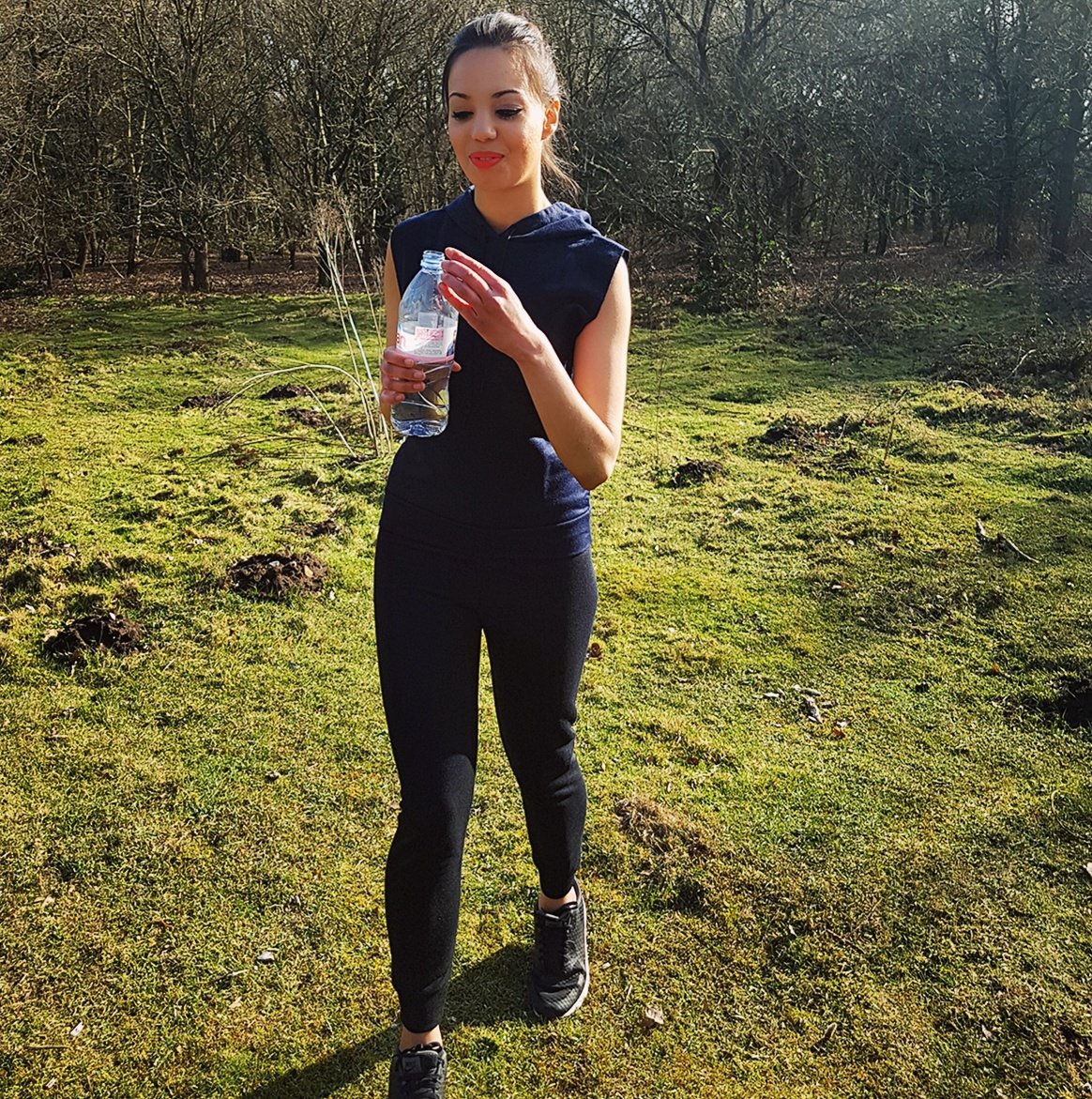 I joined Instagram – originally to help my mum sell her natural supplements and ended up posting my own transition.

It started with many strange meals – my terrible attempts at cooking; it started with my body really not being toned. It is continuing to me now knowing how to cook good food, how to take care of myself and how to remain feeling strong.

I dedicated an entire year to slowly adjusting my habits. I told myself that the way I am living now, has to be the way that I live forever. There’s no point in my mind, of doing something that can only last a short while.

For me, cutting down on my animal intake (I am not completely vegan or vegetarian), has been substantial to my well-being. I no longer punish myself when I eat junk; I just know what my limits are.

It sounds a tad cheesy, nonetheless I have never had much confidence within me. Never did it matter how many compliments or attention etc; it was only after achieving my body goals, did I become a more positive, optimistic person.

That is one of my biggest lessons – understanding how much health and fitness, can impact your mental state. My advice is always to win the race slowly, be honest with yourself and know that’s it is a discussion of when – not if.

Is there anything that I have discussed, that you can relate too? What are some of your health goals?

Fitness with me and Neeta – a yoga and pilates instructor

My first month as a vegan

Why Fitness is Not my New Year’s resolution

My fitness and health transformation: Part 2